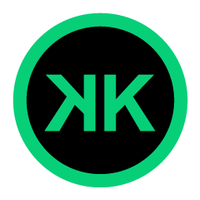 Get invited to future events

4th installment of the regular Ruby meetup in Kichijoji, don't miss it!

To propose a talk for this month's meetup, go to the Kichijoji.rb gitter page.

i3wm: it's all about the windows (@shioyama) (English + Japanese)

While Docker is gaining traction as a means for repeatable and reliable deployment, it has many other possibilities if you consider the use of its powerful API. I wanted to create a web app where I give each user a fully functioning environment using containers. In this talk you will learn how to boot and manage Docker containers using Ruby.

I will introduce the features of consul-template using examples with haproxy + nginx.

Participants to this year's RedDot Ruby Conference in Singapore will report on the presentations there and what they learned.

Monthly gatherings in Kichijoji, Tokyo, to discuss technology and anything else remotely programming/technology related.